As a backlog of state and federal lab test results reached the Centers for Disease Control and Prevention (CDC), the total number of confirmed cases of H1N1 in the US climbed to 244 in 34 states, the Associated Press reported this weekend.

The Globe and Mail reported numbers from the World Health Organization, stating, “Canada, for its part, has tallied 101 cases in seven provinces.”

When news broke that a Canadian swine herd was found suffering from a flu thought to be H1N1, the U.S. Department of Agriculture (USDA) issued a statement assuring that, “this detection does not change the situation here in the United States.” 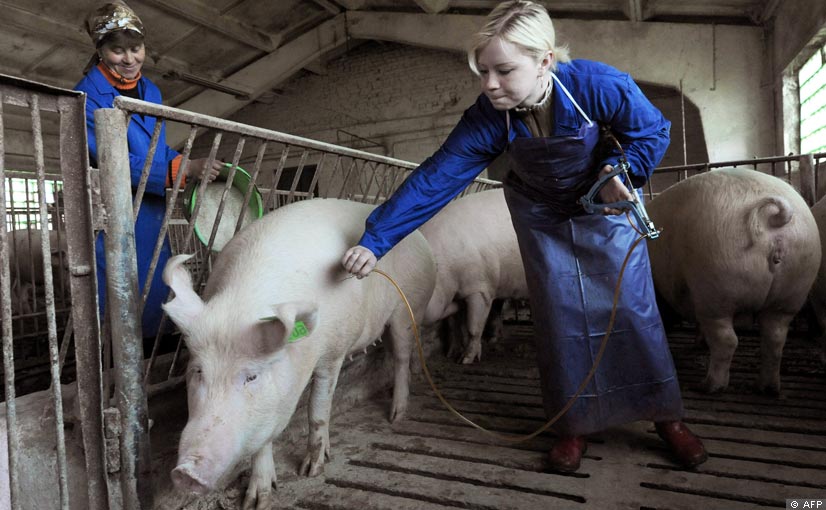 “Today’s discovery will not impact our borders or trading with Canada. As prescribed by the World Organization for Animal Health guidelines, any trade restrictions must be based on science so at this time, we are awaiting confirmatory test results before considering any action."

Additionally, while the CDC works on a H1N1 vaccine for humans, the USDA announced it is trying to develop a vaccine for swine. But that’s just standard protocol when a new virus appears.

It seems they’re taking no rash action until there’s evidence to suggest it’s necessary. That sounds like a wise use of resources to me.

The World Health Organization is similarly waiting for evidence before sounding the alert to a pandemic. As reported by the New York Times,

“The World Health Organization announced an increase in the number of confirmed cases of swine flu on Saturday, but said there was no evidence of sustained spread in communities outside North America, which would fit the definition of a pandemic.”

“Dr. Michael J. Ryan, the director of the World Health Organization global alert and response team, said in a teleconference from Geneva, ‘We have to expect that Phase 6 (the level of a pandemic) will be reached. We have to hope that it is not.’”

The public should be made aware of existing risks and what’s being done to manage them. But, there is no good reason to waste resources pretending to manage imaginary risks.

Act on what you know and seek out what you don’t–for the good of the public.