I’m collaborating with Matt Shipman, public information officer at NC State University and curator of The Abstract, on a set of food safety-related posts from other NCSU folks as we roll toward WHO’s World Health Day on April 7– which is focused this year on food safety. Here’s a post on Listeria’s history with produce by Danisha Garner, a graduate student in NC State’s Department of Food, Bioprocessing and Nutrition Sciences.

In the United States and other industrialized nations, consumption of fresh fruits and vegetables is considered a key component of a healthy diet.

There are many benefits to eating fresh produce such as receiving adequate vitamins and minerals, reducing the risk of heart disease, lowering blood pressure, and preventing some types of cancer. Even healthy foods, however, can be vehicles for foodborne pathogens. Indeed, fresh produce is now considered a major contributor to human foodborne disease, and an increasing number of produce-associated foodborne disease outbreaks have occurred in recent years.

An especially worrisome trend is the increase in outbreaks of listeriosis, involving the pathogen Listeria monocytogenes. 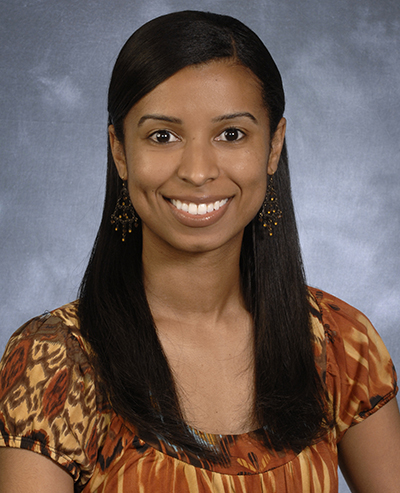 Although it is relatively uncommon, human listeriosis remains a major public health concern due to high hospitalization and death rates. In fact, it has the highest hospitalization rate of all foodborne pathogens in the U.S. and is the third largest contributor to deaths from foodborne illness. Symptoms of infection can be severe and include septicemia, meningitis, stillbirths and abortions. At high risk are the elderly, pregnant women and their fetuses, and patients with cancer and other immunocompromising conditions.

L. monocytogenes can be found in decaying plant material, soil and water, and has been detected on many types of fresh produce. Its reservoirs in nature remain poorly characterized but likely include soil and vegetation. Major contributors to the ability of L. monocytogenes to contaminate foods include its capacity to persistently colonize the environment and equipment of both food processing plants and produce packing sheds, and to grow even at refrigeration temperatures. Hence, foods typically implicated in human listeriosis are those that are processed, cold-stored and ready-to-eat – i.e. consumed without further treatment.

The first outbreak of human listeriosis to be epidemiologically investigated (and to confirm foodborne transmission of the pathogen) involved produce (coleslaw) and took place in the Maritime Provinces of Canada in 1981. However, most subsequent outbreaks involved dairy products (especially soft cheeses) and ready-to-eat meats. Fresh produce was generally considered at low risk for listeriosis.

This situation changed dramatically in 2011, when one of the largest listeriosis outbreaks on record was traced to contaminated whole cantaloupe and resulted in a total of 147 cases of illness and 33 deaths across 28 states. This was also the first time that whole cantaloupe was found to serve as food vehicle for listeriosis. Contamination of the cantaloupes occurred in the packing facility, likely due to inadequate cleaning and sanitation of equipment. The pathogen was not recovered from the field where the melons were grown or from fruit prior to packing.

Even though additional melon-associated outbreaks of listeriosis have not been noted since the 2011 outbreak, several other produce-associated outbreaks have been documented in the U.S. since 2010. Implicated produce included diced celery (2010), sprouts (2014) and commercially produced, prepackaged caramel apples (2014). In all investigated cases, the source of contamination was the packing/processing environment or equipment. These outbreaks highlight the importance of having good sanitation practices in the packing/processing facility to prevent or reduce contamination with Listeria and other pathogens.

At NC State, several efforts are being focused on characterizing Listeria-produce associations with the ultimate goal of identifying new tools and strategies to reduce the risk of contamination.

In the Department of Food, Bioprocessing and Nutrition Science, researchers in the lab of Sophia Kathariou are collaborating with Lisa Gorski and William G. Miller at USDA-ARS to investigate genes of L. monocytogenes that mediate the pathogen’s adherence and growth on both fresh produce and on surfaces likely to be encountered in packing sheds and processing plants.

In collaboration with Christian Melander (in NC State’s Department of Chemistry) the Kathariou lab is also investigating the potential of novel compounds to prevent or disperse biofilms formed by L. monocytogenes on environmental surfaces and equipment. Such research will be critically needed for development of novel tools and strategies to ensure the safety of fresh produce and reduce the risk for human listeriosis.

More information about Listeria monocytogenes and listeriosis outbreaks can be found at http://www.cdc.gov/listeria/